We interview Maura Hillen, spokesperson of the association ‘Abusos urbanísticos Andalucía No’ 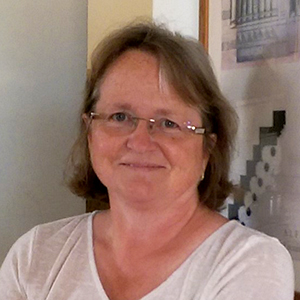 Maura was president of the association Abusos Urbanísticos Andalucía No (AUAN) 2009-2020. Currently its spokesperson. Of Irish nationality she was made an honorary Member of the Most Excellent Order of the British Empire (MBE) by Queen Elizabeth II for services to the British community in Spain. She has live in Spain for 13 years.

What is your experience as a foreigner who resides in Spain?

Apart from the usual answer that I love the climate and the geography of Spain, the most attractive aspect of living here, for me personally, is the pace of life and the Spanish sense of fun. And obviously the gastronomy which is first class and of course learning to speak Spanish is essential if you want to know what is actually going on. But it is not Disneyland! There are good, bad, capable, incapable, intelligent and not so intelligent people here, as there are in every country in the World. The rules and regulations are infinite and sometimes ignored, particularly in the property market and the bureaucracy drives me crazy.

How and why did AUAN, the association that you lead, come about?

I am the former president of Abusos Urbanísticos Andalucía No (AUAN). The association came about because of the problems encountered by foreigner buyers, mostly British, who invested their life savings in a house in Spain, and who unfortunately discovered that the were the victims of bad advice and in some cases, fraud.

What advantages does Spain, and in particular Murcia and Almeria, offer for a foreigner who decides to come and live here?

Apart from what I have already said about Spain in general, Murcia and Andalusia are well served with airports and major roads, whilst at the same time it easy to get off the beaten track and to reduce your speed, in every sense of this word.

There is also an abundant supply of properties to satisfy the needs of foreign buyers.

How is your sector affected by COVID-19?

It is difficult to know just yet. Brexit continues to drive housing demand for the British who want to obtain their residency before the end of the transition period on 31st December 2020. After this date, it is likely that the demand from this sector will decrease somewhat. On the other hand, there is a general increase in the demand for houses with a garden, swimming pool and internet due to Covid-19. But, in my opinion the key factor will be the economic repercussions in the affected countries. It is reasonable to expect a retraction in the market.

Why would you advise people to use the services of a group such as Aethicus?

Investing in a property in Spain requires expert guidance in order to avoid the pitfalls. I have learned this hard lesson. A group such as Aethicus will provide you with impartial, profession and transparent advice as you enter an unfamiliar market that, however it may seem at first glance, does not function as it does in your home country.

What common problems and questions do those newly arrived in Spain frequently encounter?

Being unable to speak Spanish is an important obstacle. It requires you to trust in others to explain procedures, rules, obligations etc. If this trust is misplaced it results in problems for the foreigner. For this reason, I say that you should select your advisors with care.

What would you advise a person wishing to buy a property in Spain?

Rent first for a minimum of six months to get to know the area and to familiarise yourself with how things work in Spain, and select your advisors with care.